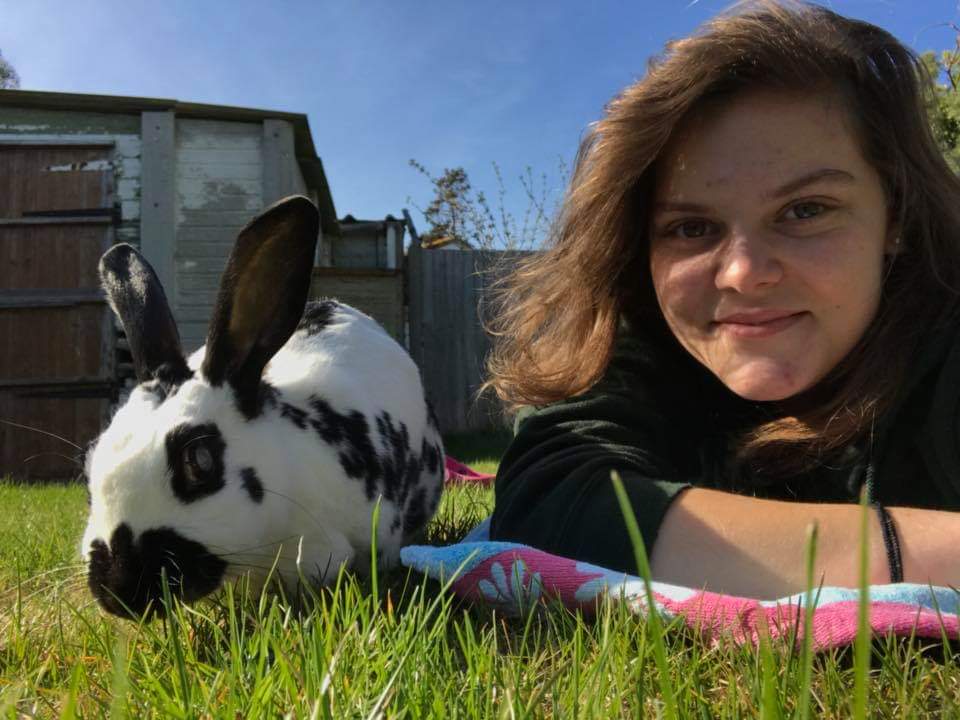 Anyone who has seen my previous posts may have realised that I have a rabbit! That rabbit is rather affectionately known as Binky and he is a cross between a mini lop and lion head. Before I make any points regarding rabbit articles I will say he is not my first rabbit, I just could not be without one! I lost my last boy about a year and a half ago, he was almost 11 years old. With that said, I have never, and nor will I ever, claim that I know everything about rabbits! I learnt the behaviour of one, and I will always say he told me what I ever needed to know… in his own unspoken language, of course.

Anyway… I keep one rabbit. I had my last boy, and now I have Binky. If anyone has seen the recent articles regarding rabbit welfare, I suppose you could say this may be frowned upon, to just have the one. What comes with this territory are words such as “depressed” and “lonely” being thrown around.

Whilst this may be the case with some, in my opinion, it isn’t always the case. I would agree with statements that suggest rabbits may not be the best animals to be kept as a children’s pet because they are incredibly sensitive animals, but that said, I got my old boy when I was 8 years old and he was my best friend from the moment I met him, and long after I had to say goodbye. It may sound strange to those who may not have spent so much time with a rabbit but they are such little characters! But that is a post for another day.

Back to my rant 😝 I do get frustrated when articles written about rabbits kept on their own are written as though the welfare has not been considered, when I can honestly say that the happiness and welfare of any of my animals is my absolute priority. My living room is set up for Binky with the same consideration that people set up theirs for their children! He has tunnels, chew toys, enrichment both home made and bought, balls filled with treats, the list is endless, and added to almost weekly to ensure that Binky doesn’t get bored! And I know there are others that do this too!

I guess what I am trying to say is, whilst there is a MASSIVE problem with the way rabbits in particular are being kept, maybe if the awareness was concentrated on alternative ways to make them happy, rather than “buying them a friend” then maybe that would help in some way. Rabbits in pairs don’t always get along! The only two other people I know to have kept two rabbits have had to separate them for aggressive behaviour from one towards the other, or unwanted behaviour, which is why I have never dared to buy a second alongside one of my boys. If I thought for a moment that I had an unhappy rabbit or that he was lovely, I would do what I need to do…

Until then, he’s happy thinking he’s one of the humans, watching tv from the sofa and sleeping in a dog bed, and his happy makes me happy ♡